An insight into the significance of thermal bridging analysis 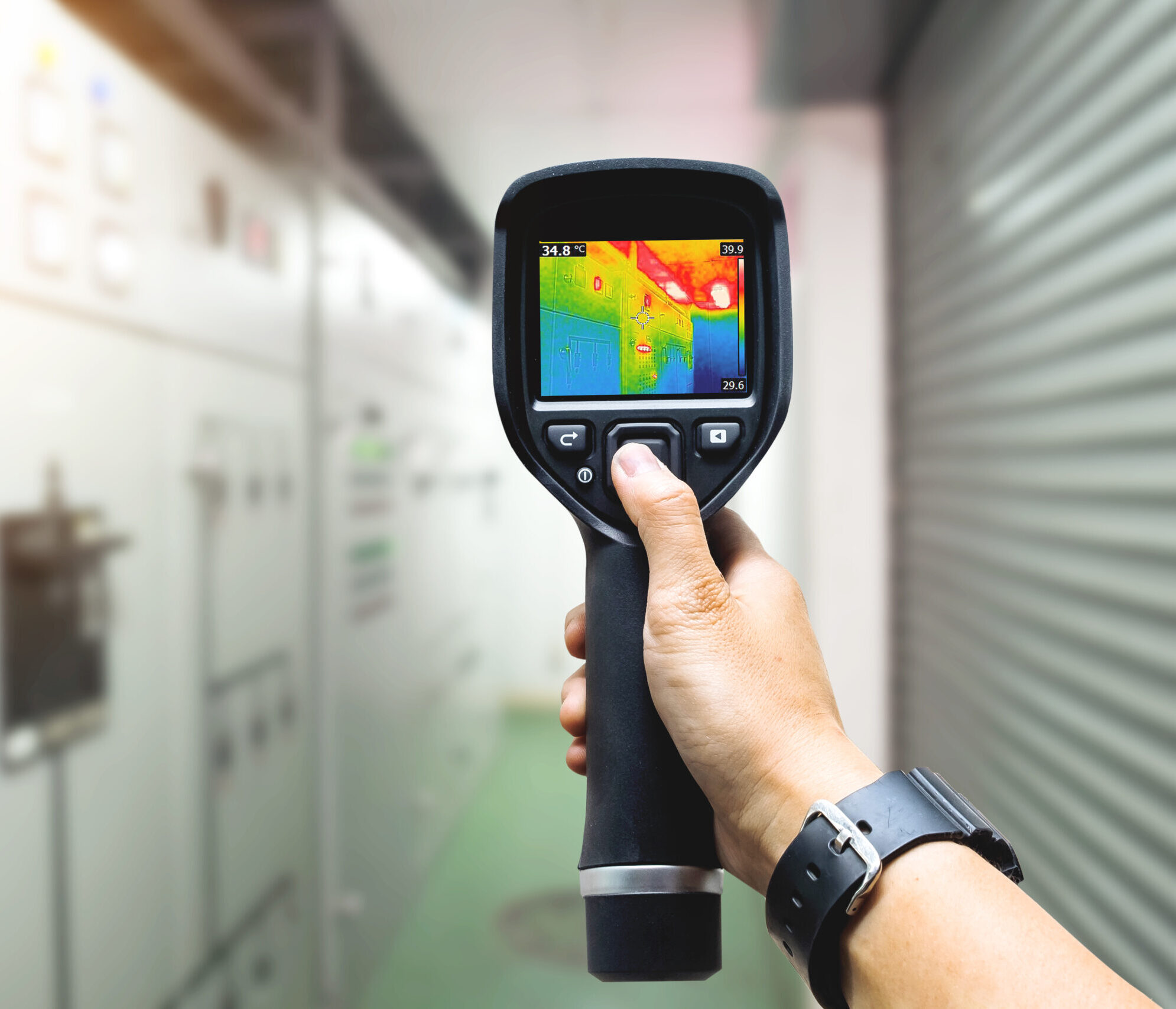 It’s still relatively uncommon for building designers to commission thermal bridging analysis, despite significant benefits where this is undertaken early in a project. Attractively for developers, thermal bridging analysis can lead to a reduction in external wall insulation thickness, adding to the overall available floor area of a scheme. In addition, confirmation of reduced thermal bridging can shore up a project’s costs and timescales, and prevent the need for last-minute addition of further thermal insulation or improved air tightness to achieve fabric energy efficiency targets. So why isn’t this analysis currently undertaken in the UK as a matter of course?

Thermal bridging is heat loss at a junction between two thermal elements. Thermal bridges are essentially ‘weak spots’, occurring wherever there is a break in the continuity of, or penetration through the insulation in a building envelope. Linear thermal bridges are calculated as a ?-value (Psi-value, W/mK) and, under SAP methodology, expressed as the average Y-value (W/m2K) of overall fabric heat loss. Psi values in Part L (L1A and L2A) apply to thermal junctions both within and between dwellings, and include window reveals, ground floor perimeters, roof eaves/apex and all vertical junctions, including inverted corners. Hence, it has far-reaching implications in achieving carbon emissions reduction targets on budget, and ensuring occupant thermal comfort and health through the prevention of internal mould growth where surface temperatures are too low.

To reduce the impact of thermal bridging in SAP/SBEM assessments, either accredited construction details must be used (such as those available from AECB) – which de facto means accepting an improved result – or calculations performed. The improvement in the SAP/SBEM fabric energy efficiency output figure can be substantial, which in turn can reduce the costs associated with the fabric specification and triple glazing, and potentially the need for additional renewables elsewhere in the design. The analysis and avoidance of thermal bridging is essential in Passivhaus assessments, as thermal bridge-free construction is an important component of low-energy buildings.

In the UK, thermal bridging analysis must be carried out in line with the methodologies set out in the BR497 manual and BRE Information Paper 1/06 (among others), using software calibrated to ISO 10211:2007 – the most widely used are THERM, Psi-Therm and TRISCO. The time and associated costs of analysis and calculation of an average Y-value depend largely on the size and complexity of the scheme in question. Cost-effectiveness is achieved through calculating the highest-impact junctions first (such as the window reveals, roof and ground floor perimeter details) and undertaking subsequent calculations as needed, until the targeted value is reached.

SAP assumes a default average Y-value of 0.15W/m2K; the figure is expressed as a penalty to the overall building U-value. So, calculations resulting in a reduced average Y-value, for example 0.08W/m2K (the figure assumed achievable where accredited construction details / ACDs are used), will significantly reduce this penalty. It’s worth noting that when calculated, standard architectural details will often achieve an improvement over default values. However, if a greatly reduced average Y-value is targeted (for example 0.06 W/m2K), thermal bridges should be ‘designed out’ as far as possible. Achieving such low average Y-values can result in reduced reliance on the U-values of thermal elements, making it possible to decrease insulation thickness and increase marketable floor area.

Thermal bridging analysis should be carried out as soon as a lower-than-default average Y-value is targeted (preferably at RIBA Stage 3, where the overall energy strategy and architectural details are being drafted), to ensure an optimised design process and prevent delays, design iterations and unnecessary costs. In our experience, to be able to fully realise the benefits, sufficient information must be made available by the designer to complete the calculations early, so that there is time to re-design thermal junctions and reduce Psi-values before the project is ready to go to tender. Where a targeted value is not met, fabric energy efficiency targets can be missed and the scheme could fail to meet building regulations, thereby making retrospective improvements in U-values or air tightness values necessary.

What factors are inhibiting its uptake?

Thermal bridging as an integrated and quantifiable design concept is still a relatively new process within the UK construction industry. Designers have been aware of the need to avoid ‘cold bridges’ in their construction details for years. However, a systematic heat loss analysis and subsequent design refinement of each construction detail is a contemporary approach that has only been necessitated by the 2013 UK Building Regulations, and was encouraged by the now defunct Code for Sustainable Homes, and current local planning carbon reduction policies such as the London Plan. With a good thermal bridging package typically achieving carbon reductions of 8-10% over the Part L baseline, it is often an invaluable method of achieving high carbon and energy saving targets.

Thermal bridging analysis’ widespread adoption is also possibly curtailed by the complexity of the software and the associated knowledge requirement to produce reliable results. However, is more or less unavoidable given the inherent complexity of heat loss equations and building physics.

The main obstacle for developers and designers is the consultancy fees, particularly where complex construction forms are used which necessitate the use of 3D Psi-value calculations. The lack of integration of thermal bridging software with other design analysis software used to determine energy and carbon emissions also adds to the consultancy time. As such it would be highly beneficial if there were integrated software available that would allow consultants to gain immediate feedback in the energy model from adjustments made to the thermal bridging calculations.

The time required for modelling is also increased by the SAP (and SBEM) software itself, which only allows for insertion of a value for one type of each junction. In our experience there are generally many sub-types of the same junction (for example more than one type of lintel detail). To attenuate these challenges, Eight Versa has undertaken a great deal of background work to create tools to quickly and accurately establish the Psi-values where there are numerous junctions and conjoined detail types.

It should be noted that there are considerable economies of scale for carrying out a thermal bridging analysis. Undertaking this work for a single dwelling may cost more than the installation of the boiler. Consequently, a level of pragmatism is necessary; it is more budget-friendly in single dwelling instances to conduct a basic ‘health-check’ of the worst offending details to ensure there are no substantial bridges that will be a condensation risk. However, the larger the development the more cost-effective the analysis will be to undertake, as the same details will be used throughout the whole scheme and the consultancy fees become more competitive with scale. On a large-scale development the cost per unit of undertaking a thermal bridging analysis could be up to 20 times less than on a single dwelling, making it one of the cost effective measures to achieve carbon reduction targets.

The benefits of thermal bridging analysis are wide-ranging and applicable to building owners, developers, occupants and design teams. Demonstration of low heat loss through linear junctions is fundamental to achieving optimal fabric energy efficiency targets, a requirement of Part L 2013, and is largely a low-cost intervention in reducing a building’s operational carbon emissions. Reducing heat loss via thermal bridging decreases heating demand and improves occupant thermal comfort. It also mitigates the risk of condensation on interior surfaces, thereby improving occupant health, as well as the durability and longevity of the building. These are all highly desirable, and marketing-worthy, factors for a building owner or developer.

As long as an expert practitioner carries out the calculations, and has access to sufficient information early enough, thermal bridging analysis can – and should – be easily incorporated into any project. The results obtained in practice are however, dependent on workmanship, and are firmly in the contractor’s domain. In our experience, having the same sustainability consultant at the table throughout the project lifespan is fundamental in realising at delivery the benefits identified through thermal bridging analysis.

Please get in touch with Chris Hocknell on 020 7043 0418 if you’d like to discuss a project which would benefit from thermal bridging analysis. 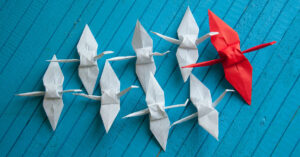 Companies, Not Countries Can Lead the Way to Net Zero

With their expertise, innovation and seemingly limitless funds, it is corporations who are best placed to lead the way to net zero. 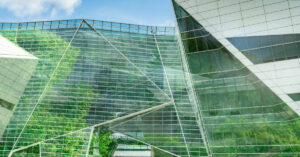 How to Avoid TCFD Reporting Pitfalls

With increasing focus on ESG factors, we take a deep-dive into the Taskforce on Climate-related Financial Disclosure (TCFD) framework. 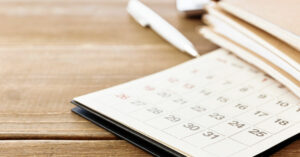 In this article, we look at 3 key sustainability dates in 2023 covering TCFD, SFDR and Biodiversity Net Gain. 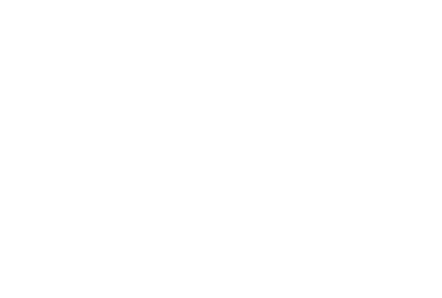 We use cookies to ensure that we give you the best experience on our website. If you continue to use this site we will assume that you are happy with it. OKPrivacy